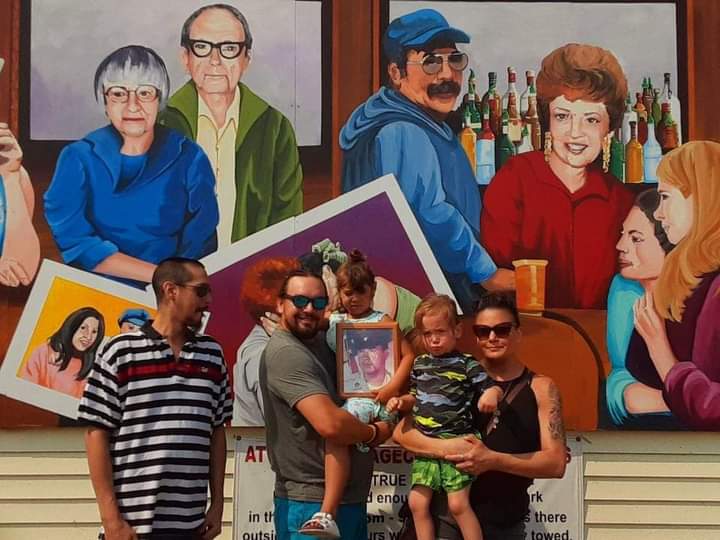 This mural tells the history of a small hole-in-the-wall 18 year old beer bar frequented by
locals and Northland College students alike from the early 1960s through its expansion into a modern 21 year old bar known as the Stagecoach Bar and Grill.

When the artist first made an appeal to the public for photos of their experiences in the bar she was met with “What! No one took photos of being in a bar in those days!”. So the
artist began collecting stories instead. The result is a hybrid of actual people and painted images that tell the stories.